Neil Freeman’s passion for photography began as a child when he got the chance to use his dad’s SLR.

As a self-confessed technology buff, he’s built up an impressive bank of knowledge over a whole range of camera brands and imaging software – including, of course, all things Nikon. He’s photographed everything from high-end weddings and portraits to landscapes, low light and products, and he ran his own professional photography business for a decade before joining Nikon in 2013 and becoming Nikon School training manager.

The last 18 months have been among the most exhilarating of Neil’s career – from falling in love with the mirrorless Z series to switching Nikon School’s courses from central London to the online world when the pandemic shut down the UK. A year on, he outlines what’s in the training pipeline as Covid restrictions start to ease, and why he became an overnight Z series convert.

What was it like trying to make that switch from “real life” to digital training at the start of the first lockdown in March 2020?

It was actually in the February that we noticed something going on – our courses usually sold out, but we found ourselves having to cancel a couple as people just didn’t want to get a train into central London. So when lockdown finally hit, we’d already been looking at options to get as much of our training online as possible.

From a technology perspective, moving online was easy. The challenge was more around reworking the content from our typical one-day format into two or three hours, because no one wants to spend a whole day training online – it’s exhausting for the delegates and for us. We had no idea how many people would sign up for the courses, but the response has been amazing. Before, photographers who lived in other regions used to complain that our London location made it difficult for them to access our courses, whereas online our reach is unlimited.

By July we’d had over 5,000 bookings, and it felt like the right time to close the London centre for good. So one weekend we went back to clear everything out. The place was a ghost town – we later found out that five other businesses had moved out of the same street that month. It did feel a bit like the end of an era, but it’s going to make us more flexible in the future. There’s still huge demand for our location courses, too – when the tiering system came in, and we were allowed to run them under the rule of six, people rushed to book. So the great thing is that we’re still running location workshops, plus all our online training – and because we’re no longer restricted to London, people now have more choice and access.

One thing we have changed is the number of participants. When we were doing in-person training, there were no more than 12 in a session. Online, the biggest audience we’ve had was over 400 for my landscape webinar, and we could easily average 100 to 200 attendees for courses in the early days. But we eventually took the decision to limit each online training to 40 people, as that makes it easier for delegates to interact with us and for us to answer individual questions. That definitely adds extra value, because we’re able to give great advice – there are very few people who know Nikon cameras, lenses and Speedlights as well as the Nikon School team! 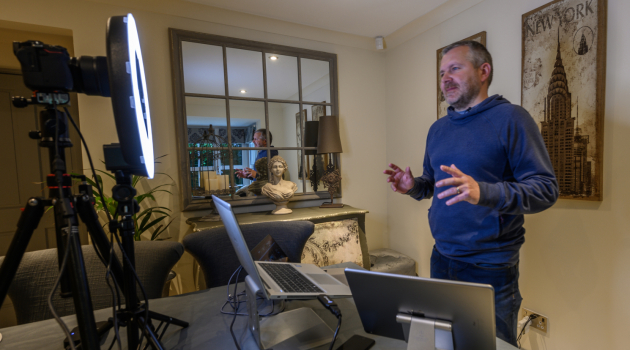 You’re offering a lot of training now with the Z series at Nikon School – but what’s your own Z journey been like?

Ah, there’s a bit of a story there. When we were first told about the first generation Z series back in 2018, I could immediately appreciate the benefits – smaller, lighter kit is always a good thing, especially when you’re a landscape photographer like me who has to lug their gear up mountains! But I had this idea I wasn’t going to take to it because when I’d seen mirrorless cameras from other brands, I’d hated them – their design and handling just didn’t seem right. And anyway, I was using the D850, which I think is the greatest DLSR ever. I couldn’t ever see myself putting it down.

So I must admit to having some preconceptions about mirrorless cameras, but as soon as I picked up the Z 7 I was a convert. Yes, you have a range of new features to get used to, and you have to spend a little time understanding the autofocus system because it’s built into the sensor. But it’s got all the Nikon ergonomics, the symbols are the same, the menu is familiar, so it handles and feels like your DSLR. It was actually a really quick and easy transition.

What are the standout features for you?

The big one has to be the new 55mm bayonet mount – the widest in the sector. It’s enabled Nikon to go in a completely new direction with lens design. With a Z lens, when the light comes into the front element it’s not bending as much, so the edge sharpness is so much better, a huge step up – in fact, I’m re-evaluating what sharpness is! With the Arneo coating on some of the new Z series lenses, you can even shoot directly into the sun and get no flare. And then there’s the reduced weight and size. When I’m out shooting, I’m now carrying smaller cameras with sharper, more lightweight lenses. For the same weight as my DSLR kit, I can pack twice as much gear, which gives me more creative flexibility.

The expanded feature set on Z cameras is incredibly useful, too, especially on the Z II series where you have focus peaking to visualise your depth of field in real time – it all makes life easier. Some of the cameras and lens combinations know when they’re on a tripod, so they automatically turn off image stabilisation, which is one less thing to worry about. There are so many of these great touches with the Z series. Somebody asked me last week if there was anything I missed from my D850, and about the only thing I could come up with was illuminated buttons, which isn’t the end of the world! 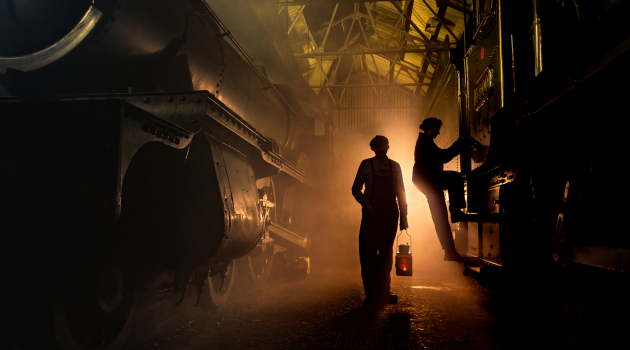 So what is currently in your kit bag?

I’ve got the Z 7 II, with the 14-24 f/2.8 S for landscapes and astrophotography – it’s so much sharper than the F-mount version, and that was excellent. I’m also using the 24-70mm f/2.8 S, the 70-200mm f/2.8 S and the 2x teleconverter, which is outstanding and turns my telephoto zoom into a 140-400m f/5.6. Put together, that gives me a really versatile set-up for landscape, portraiture and wildlife. There’s pretty much nothing I can’t shoot, and it’s only possible with mirrorless because of the weight reduction.

My first Z kit included the Z 6 and Z 7 with the 14-30mm f/4 S and 24-70mm f/4 S zooms, which I found astonishingly sharp – so much more than the F-mount versions, due to that wider mount. I’ve also now got the Z 6II and the 50mm f/1.8 S, which I tend to use for shooting video content. The 50mm f/1.8 S is perfect for this with the amazing level of background blur you can achieve with it

I can still use all of my F-mount lenses with the FTZ lens adapter, but once you start shooting with the native Z series glass, you don’t want to go back, because they are so much sharper. However, there is a major bonus when you’re handholding an F-mount lens. Most Z series cameras have an image stabiliser built into the sensor, so when you attach an F-mount lens via the FTZ, you now get the benefit of using the lens with that built-in stabilisation, which opens up handheld shooting at shutter speeds that you would never have thought possible. 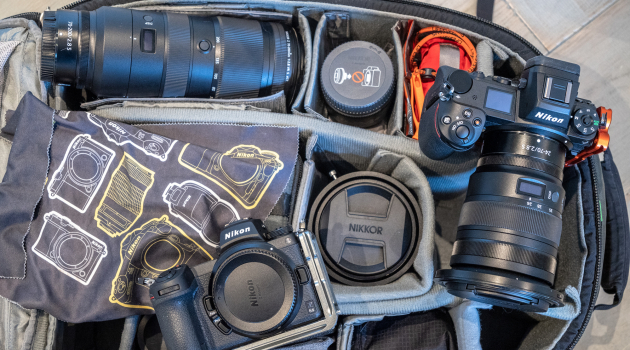 What’s been your biggest learning curve with the Z series?

It’s been understanding phase-detect autofocus (PDAF). Because the focusing is now built into the sensor, it’s opened up a whole new way of shooting and new focus modes that we didn’t have on our previous DSLRs, such as subject tracking, or autofocus for pets or people. So I’ve been working on learning which modes to use when.

Our job as trainers is to educate photographers of all levels about this new technology. For example, with the Z series, using AEL to shoot and recompose is dead. I can move my focus points around wherever I want, across a frame which now gives me about 90% coverage instead of restricting me to just the inner area. You don’t have to think about complex metering – it just works. So, if you rely on new technology, it’s not being lazy. It simply means you’re freed up to concentrate more on how you’re using the light and how you’re composing the picture. That’s ultimately what differentiates us as photographers, and that’s what people viewing our images see – they don’t care about how much technical knowledge we have. 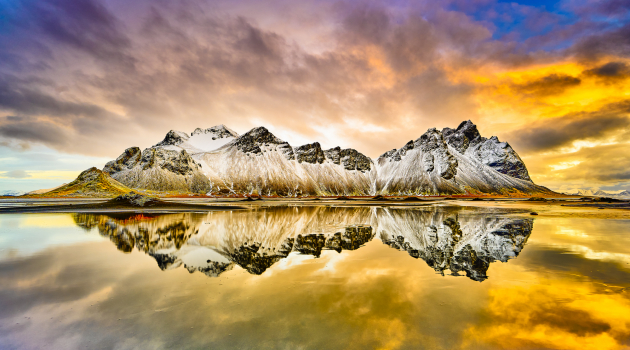 Have you always been a Nikon photographer?

Everyone has to start somewhere, and my first SLR film cameras were made by other brands because I couldn’t afford a Nikon at that point. The first DSLR I owned was again not a Nikon as I needed a full-frame sensor which Nikon wasn’t then producing. I joined the Nikon family with the launch of the D3, as that was a groundbreaking camera, and I’ve been shooting Nikons ever since, including the D800, D810, D850 and now the Z series. 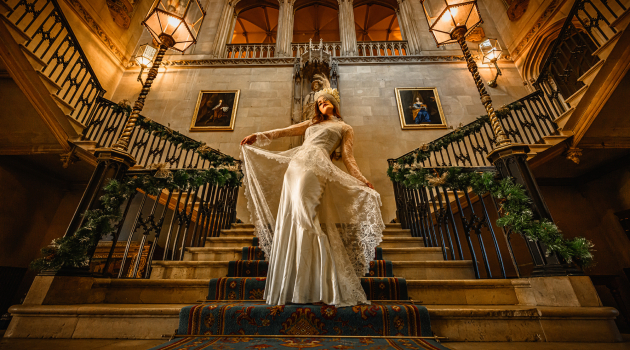 What are you working on now with Nikon School?

We’re as busy as we’ve ever been – there’s still a huge uptake in online bookings, and we’re currently developing new online training courses, including a hybrid course which would involve a live location class with an online element for customers who can’t actually get to the location. We’ve also just started the Nikon After School Club. It’s on the last Thursday of every month, and the idea is to give photographers a bit more social interaction. When we were training at Nikon School, we’d all have that valuable face-to-face time before the course started and over a working lunch. It wasn’t unusual to wrap up at 4.30pm and still be chatting to people at six when we were locking the doors. These are the elements we can miss out on in the digital world, so our aim is to create spaces for photographers in online communities, from beginners right up to advanced photographers, where we can all chat and ask questions in a safe environment.

Are you looking forward to training on location again?

I can’t wait! At the moment we’re running virtual tours, including to the Lake District, Snowdonia and Northumberland, to give photographers inspiration and a taster of what they’ll be able to do when we get back to normal. We’ve already got three week-long workshops lined up in Iceland for 2022 which have sold out, and we’re now starting to put more location courses on for the end of this year. Getting back outdoors and training face-to-face is going to be great. 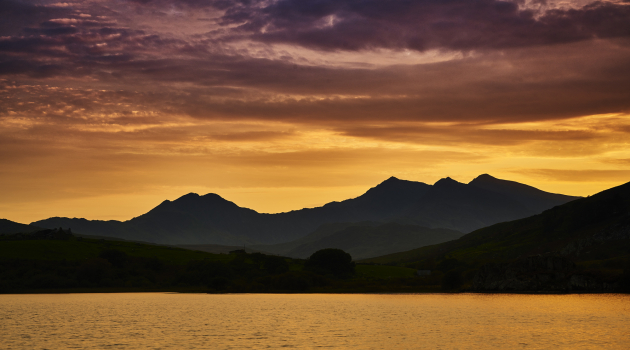