Leon Neal started his career with the Nikon D1 and has since worked his way through virtually the entire range of Nikon professional D-SLRs – so it’s no surprise that he’s now using the Z system for over 70% of his work. The Nikon Ambassador alumnus explains how he went from drumming at Glastonbury to being a multi-award-winning photographer, how he’s finding the transition to mirrorless, and the difference it’s making to his work as an editorial staff photographer with Getty Images.

How did you get into news photography?

It was really down to my dad. When I was 13, he bought me a second-hand SLR, so I’d head out and photograph my friends playing football and roaming the streets. Then I discovered drums and spent ten years in bands, even playing Glastonbury three times, although I never managed to get anywhere near the main stage. When I finally realised my drumming days were over, I returned to my first love and did the NCTJ photojournalism course in Sheffield, where I won The Times/Tabasco Young Photographer of the Year scholarship. That led not just to my Twitter name (@tabascokid) but also to a two-year stint on the newspaper, working around some of the best photographers in the business – it was one hell of a way to learn fast. From there, I freelanced for several agencies before joining AFP as a staff photographer in 2007, and I moved to Getty Images’ editorial news team in 2016.

At AFP we covered lots of subjects, from hard news to sports, entertainment, fashion and the royals – and anything else they threw at us. Getty is a bit different, more compartmentalised, with separate specialist teams for news, sports and entertainment. I’m one of four news staff photographers in the UK. My focus is on breaking news, politics and longer-term features, so I can go a bit more in-depth. But while the dividing lines are there, they’re not an absolute. I’ve just been approved for Getty’s Tokyo Olympics team as a news photographer, doing both sports and features – providing it goes ahead! 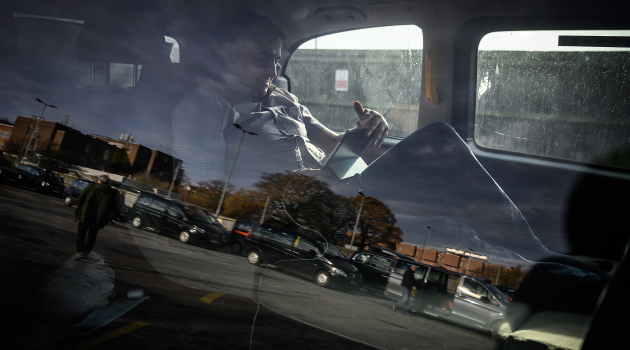 When did you start using the Nikon Z system?

As soon as it arrived in the UK! I was at the launch in 2018 and knew I had to try it out. My first body was the Z 7, but I needed something slightly faster for news, so I switched to the Z 6, and then on to the Z 6II, which has a twin processor with the additional power to push my F-mount telephotos around.

How are you finding the build quality?

It may sound odd, but I’ve never even thought about it. Having owned everything from the D1 to the D6, I’m used to the bulletproof nature of Nikon cameras – you expect them to work without question, and they do. While the Z system cameras are considerably smaller and cheaper, I’ve been able to rely on mine to keep up with the same workload as their big D-SLR brothers. When I look back over the last year, I’d say 70% of my images were taken on the Z 6 or Z 6II, despite me having a range of D-SLRs to choose from. 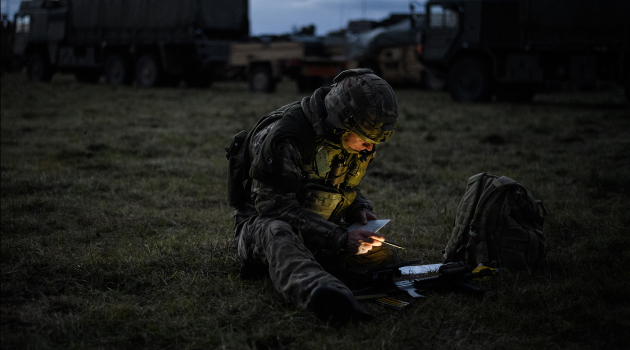 Can you see any difference in lens performance with the Z system?

It’s totally game-changing. Focus is incredibly fast, accurate and silent, while the edge-to-edge sharpness has to be seen to be believed – far-off corners of the frame are as crisp as the centre, which opens a whole new world of cropping possibilities. You always could crop in, but it had to be towards the centre. Now you can take any part of the frame and get a really brutal crop, and it holds up just as well, which is brilliant. When you’re in a news “scrum” environment or any situation where you can’t really compose your images as you would do normally, if you’ve not quite got it right then being able to crop in anywhere makes a huge difference.

Nikon seems to be really pushing the boundaries on the range of lenses it can now produce with Z technology, the 50mm f/1.2 S being an incredible example. The 24-70mm f/2.8 S and 70-200mm f/2.8 S are also exceptional. And it’s great to have the lens roadmap, allowing photographers to plan their investment. I’m looking forward to the 400mm and 600mm glass being released, as well as some of their fast primes. I’ve currently got the F-mount 500mm f/4, which is pretty light compared to older models, so if they’re the same weight or less, I’ll be very happy.

In the meantime, I’m just about to get the 14-24mm f/2.8 S. I already have the F-mount version, but I’ve not used it much because of the highly exposed front element – I’m always concerned about it being damaged, particularly when I’m working in environments where there might be things being thrown around. The Z-mount version has been redesigned so that’s no longer an issue.

Is the lighter, more compact system design a bonus?

It almost goes without saying that the longer you carry your cameras, the heavier they feel, so being able to get great performance out of a lighter body has been really appreciated. It allows me to work longer and more productively as I don’t feel the need to give my shoulders a break as often. Aside from my ageing limbs, a smaller camera is less of an imposing or threatening barrier between the photographer and the subject. In my line of work, that can sometimes be a dealbreaker in getting the image.

Do you use ever use Eye Detection AF?

Despite all the options available, I’m usually quite traditional and stick with single-point focus. But there are some situations when switching to Eye AF and trusting the camera to do its job really pays dividends. Shooting with the camera held above my head is one. Another is in the Downing Street press conferences, where with the Z 6II set up on the floor and the screen flipped out, I can line up with the speaker then leave it to Eye AF to lock perfectly onto their eyes. It definitely makes life easier. 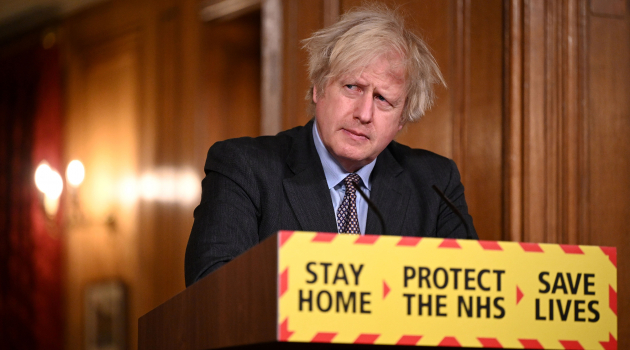 Are there any particular advantages for you in using an electronic viewfinder?

I’m working in environments that can change quickly, both in terms of light and activity, so having the real-time preview of the image has become a vital part of my workflow within a relatively short period. Combining that accurate preview through both the viewfinder and the rear screen allows me to confidently shoot from angles that, with an optical viewfinder, would have involved many test shots and previews until I could be sure everything was in order. It’s both a timesaver and an aid to my peace of mind when I have plenty of other things to be thinking about. Covering the pandemic has involved regularly working in protective clothing, including masks and goggles, so having a screen that provides me with that dependable preview is a huge improvement on my DSLRs. 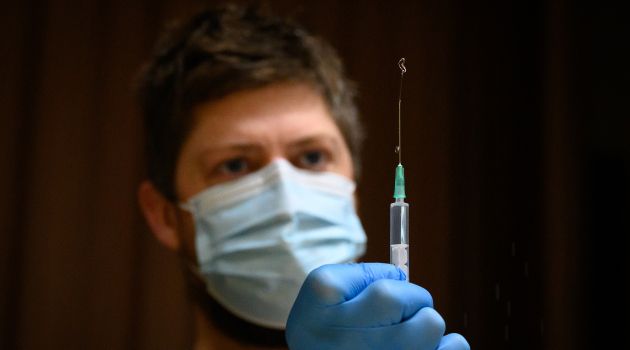 What other challenges have you faced during the pandemic?

Photojournalists are classed as key workers, so I’ve been busy throughout the whole thing. Those first few weeks were particularly stressful because we didn’t know what we were dealing with – it could have been the next Ebola for all we knew. The news was full of government warnings telling you to stay at home, not to go out, not to touch anything… then you’d get a call telling you to spend the day taking photographs on the London Underground network.

I was keen to document the NHS frontline, but media access was a big problem and much harder than in other countries. Colleagues in America, Germany and Spain were all able to regularly shoot in ICU wards, but here in the UK the challenge was in trying to cut through the red tape. I was lucky enough to spend some time with the South Central Ambulance Service during the first lockdown but then found that the shutters came down as the situation became more severe. Fortunately, I’ve got a good relationship with the MOD, so I’ve been invited to work with them on several assignments, testing their aircraft for patient transfers, covering their rapid testing deployment in Wales and loading vaccine shipments for international deliveries.

On a lighter note, early on in the first lockdown, I was told to float around London’s empty streets and see what I could find. After shooting a couple of strangely deserted landmarks, I made my way to the Abbey Road zebra crossing immortalised by The Beatles, and waited for someone to use it. Almost an hour went by without a single pedestrian. Then a huge orange truck pulled up and parked in my shot… and out jumped two workmen, who proceeded to repaint the black and white lines. What were the odds of me being there to photograph it? The team were taking advantage of the deserted streets to repaint one of the most iconic parts of music history. It was a nice little surprise and, for once, a positive pandemic story. 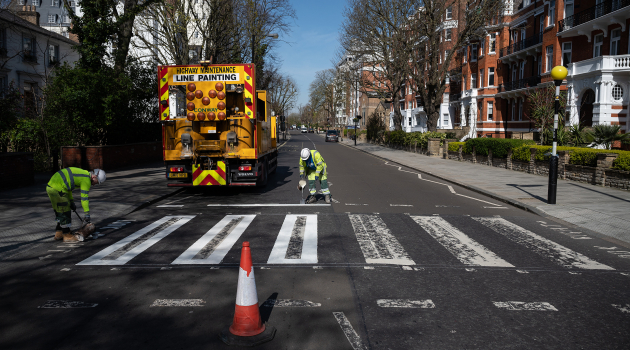 How easy has the transition been from DSLR to mirrorless?

I never really planned it. I just found myself picking up the Z 6II by default over my DSLRs, particularly after I got my hands on the 24-70mm and 70-200mm glass. Those two lenses are exceptional pieces of kit, which swings me even further towards reaching for mirrorless first, and with the FTZ adapter I can continue to get great results with my F-mount primes, too.

I do still use my D850, mostly for the 45.4MB resolution – it’s ideal where you’re having to shoot from a distance and want to crop right in to capture expressions on people’s faces. I imagine the Z 7II would offer much the same, but I’ve not really had chance to play with it yet. I’d love to see how it performs and if it could replace my D850.

The thing is, I regularly cover speeches and press conferences like the daily briefings in Downing Street, where the ability to work without causing a distraction is a must. The Z series cameras enable me to do that. And as mirrorless technology becomes the norm, there will only be more environments where silent cameras are requested or even demanded. So really, the sooner I move everything over to the Z system, the better – and I’m happy to put all my faith into it because it just does the job.