LATEST NEWS - During the challenging times we are all facing in the UK, our first thoughts are for the health and wellbeing of our photographic community and staff. With this in mind, Nikon School at Margaret Street will be closed until further notice. In the meantime, Nikon School will be hosting a range of online workshops, talks and seminars. Please see the website for more information

Since getting a press pass to a gig to shoot his favourite band (aged just 16), Conor McDonnell has built a barnstorming career – including touring with Ellie Golding and Calvin Harris, and photographing the Big Day for Kanye West and Kim Kardashian. Yet he still finds time to campaign on environment issues through his photography.

Since getting a press pass to a gig to shoot his favourite band (aged just 16), Conor McDonnell has built a barnstorming career – including touring with Ellie Goulding and Calvin Harris, and photographing the Big Day for Kanye West and Kim Kardashian. Yet he still finds time to campaign on environment issues through his photography. We find out what he’s looking forward to as Nikon’s newest Ambassador (aged just 26). 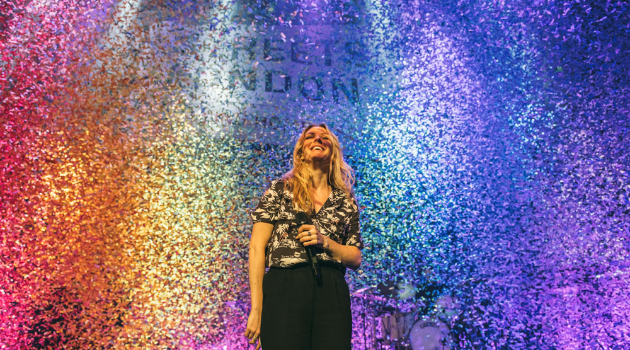 What was your reaction at being invited to become an Ambassador for Nikon UK?

I was surprised, as I’d not had much experience of Nikon until fairly recently, when I’d taken a tonne of Nikon kit with me on the six-week Arctic Mission last summer – the first scientific expedition to the North Pole by yacht, to explore the ecosystem of this extreme environment. Nikon were sponsoring it, so I ditched my usual gear and headed off with two Nikon D5 bodies, plus the D810, and the 16-24mm, 24-70mm, 70-200mm and 200-500mm lenses. I absolutely loved the lot, especially the D810 – that resolution is insane, especially for wildlife – and when I got back I asked Nikon if I could keep the loan gear to play with a bit longer. They said fine and, by the way, do you want to test the D850? 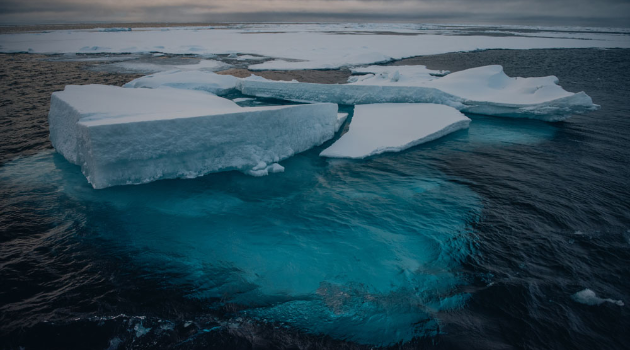 When did you start taking pictures?

When I was 15, I got a camera for Christmas, mostly because my dad suggested it might be useful for my art GCSE, although my teachers disagreed; for them, art was painting and drawing, not photography. When I turned 16, I was really into this band called The Subways and I was desperate to see them in concert in Manchester, near my home town of Ormskirk, but they were sold out. So I went online to try to find another way in, and actually found the group’s bassist, Charlotte, on My Space (remember that?). I told her photographing the band would help with my art GCSE coursework, so she gave me their manager’s details, I got my press pass and I got into the gig. After that I became obsessed. I’d send 100 emails a day to bands asking to photograph them, and get 99 no’s and perhaps one maybe if I was lucky.

In the meantime, I’d got an A* in my art GCSE and an A* in my art A level, so I went off to college to do a foundation year for an art degree. The teachers there were so different from those at school – they really supported my photography. They’d take us on trips to London to visit museums and exhibitions, and in the evening everyone else would be going out to pubs and clubs, but I’d be off at a gig with my camera. By the time the course had finished, I was already making some money from my photography, so I thought what was the point of studying it at university, ending up with loads of debt and the same portfolio as everyone else? I just carried on working instead. 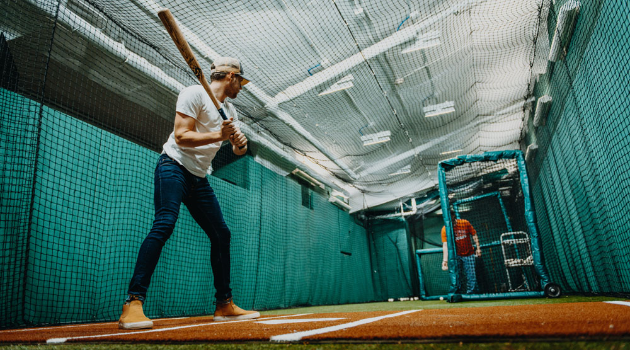 Are you self-taught, then?

Yes – I’ve never had a photography lesson in my life. I basically had to figure out how to do it in the photography pit at gigs. I was that naïve when I shot the Subways that I thought Auto mode would do it. I checked the first couple of photos and realised that it wouldn’t, so in a panic I switched to manual and started to work it out from there. I always shoot in manual now, apart from focus – although I will use manual focus in very dark conditions.

It’s always fun. When you’re on the road with the same people for six months, they become like a family, you look after each other. Ellie is like a sister to me; I met her five or six years ago through her manager; she liked my work, we became friends and she asked me if I fancied doing her photography on tour. I got to know Calvin mainly through Ellie, as she’s worked with him several times, although I had bumped into him backstage at festivals. 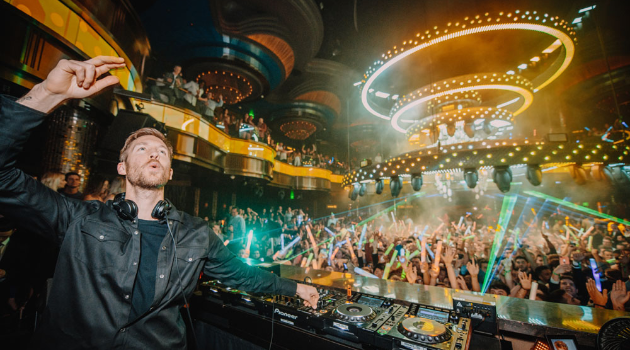 How did you get the gig photographing Kim Kardashian and Kanye West’s wedding, and how did it affect your career?

I know Kanye’s photographer, Nabil Elderkin, and he rang to say he had a job for me in Europe the next day, if I could do it. I said yes, not really knowing what it was all about. I’d only been to one wedding before, age six, and I’d never actually photographed one. But Kim and Kanye were incredible to work with, and so welcoming; it was a really nice job. For one year afterwards, the shot I took of them kissing was the most liked photograph on Instagram. So it definitely got my name out there; to be associated with a job like that is pretty helpful. 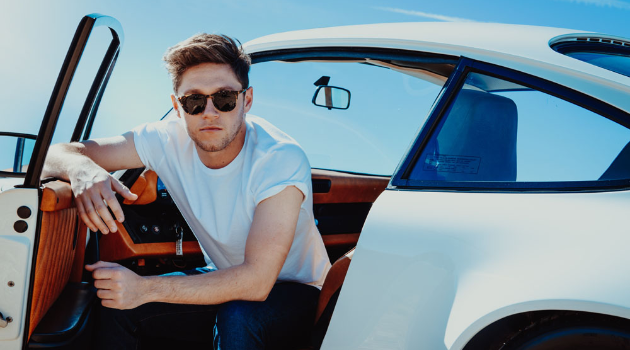 What’s in your kitbag?

I’ve got two D850 bodies – with that much resolution, the amount of data in the pictures is insane, like no cameras I’ve ever worked with before. I’ve never been able to crop right into a shot before now, either, because my old system couldn’t give me what I get with the D850, and for low light in concert and video sets, it’s the best I’ve ever used. It’s an absolute powerhouse, perfect for my photography. 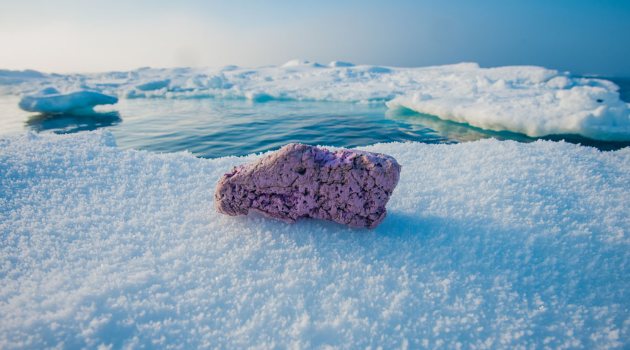 Where did your interest in wildlife and environmental photography come from, and Arctic work in particular?

I’d been obsessed with wildlife since I was a kid, which is all down to my family; we’d go off walking in the Lake District at weekends, and my granddad was always telling me stories about the Arctic which totally fascinated me – polar bears became my favourite animals very early on. Then one year I was in Norway at a festival, photographing Ellie Goulding’s set, and I got talking to this guy backstage. I asked him what he did, and he said, “I go to the North Pole” – which is the best answer ever to that question. He turned out to be Inge Solheim, the polar explorer and guide, and he’s become a good friend. When it got to the point that I was making enough money to go on trips, I wasn’t going on holidays in the sun, I’d be off on expeditions up in the Arctic with Inge!

My most memorable wildlife trip was when I photographed my first polar bear, a couple of years back in Svalbard. And I love shooting the Northern Lights – even though my Norwegian friends are like, yes, we see them all the time, they’re actually a bit boring, I could never get tired of watching them. 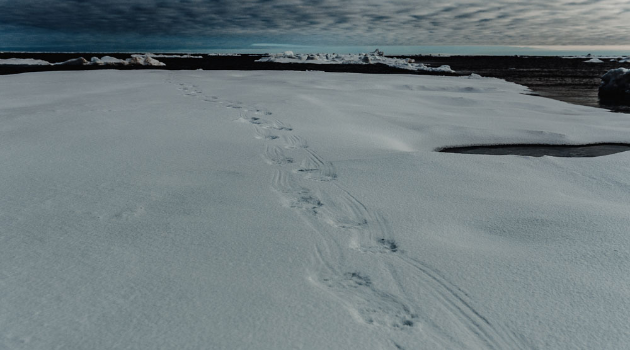 As well as being a Nikon Ambassador, you’re also a WWF Ambassador…

Yes, and that was a big surprise, too – so much of my life is surprising! I went to a David Attenborough talk in London about three years ago on climate change, sponsored by the WWF, and Luke Upchurch, their head of communications, invited me out for coffee to talk about doing some work with them, so we kept in touch, and in the middle of last year they asked me if I’d like to be put forward as an Ambassador. A few weeks later, I got a call saying I’d been accepted – apparently it was the quickest approval that had ever gone through! When I was a kid I had WWF stickers in my bedroom, and they were the first thing I saw every morning, so it feels like it’s gone full circle. 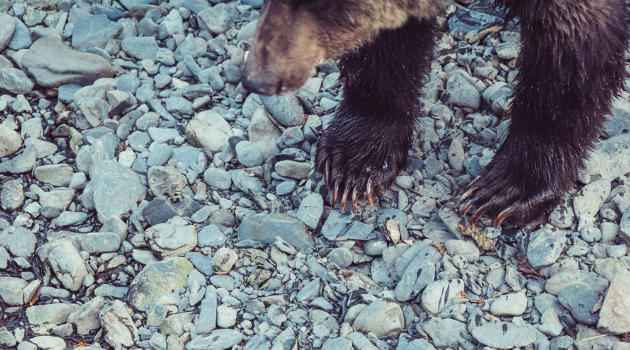 Who are your biggest influences?

I have three idols in entertainment photography. One is Austin Hargrave – he’s British but lives out in LA and does a lot of studio stuff. Then there’s Derek Bremner, who’s become one of my best friends. He shoots hardcore rock in dingy clubs, and what he gets is incredible. Gavin Bond in New York is another; he’s also from the UK, started out in fashion, and now shoots big billboard campaigns. For pure wildlife, I’m a big fan of David Yarrow, as well as Jimmy Chin, an extreme mountain photographer for National Geographic, and another NG photographer, biologist and conservationist Paul Nicklen, whose Arctic shots are just incredible.

The Foo Fighters. I’m a massive fan, and Dave Grohl is my biggest music hero. I was shooting Ellie at the Invictus Games in London in 2014; she was performing at the closing ceremony, alongside the Kaiser Chiefs and the Foos. Ellie was packing up and in comes Taylor, a singer friend of mine who is also a family friend of Dave Grohl, so she asked I’d like to meet him. I’d always wanted to, but he has this reputation for being the nicest guy in rock, and my biggest fear was, what if he isn’t with me? But he lives up to his reputation – he really is the nicest guy! We had a drink, and then he asked me to shoot the show, and we hung out afterwards and he drew my first ever tattoo. It was insane, the best thing ever. 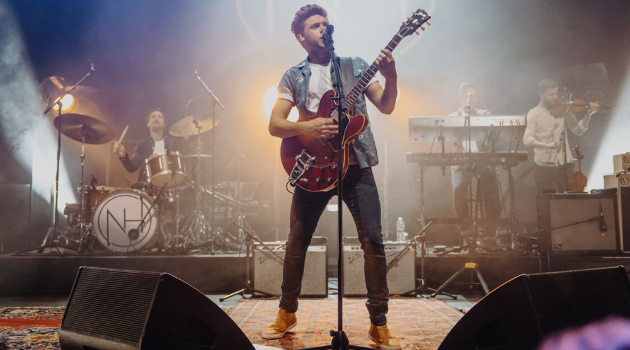 Is there any such thing as a typical working week or month (or year) for you?

Nothing is normal. I might get a call asking if I can be in Mexico at a couple of days’ notice to photograph Calvin Harris, then shooting a gig in Australia a few days later. When I was a kid I never expected anything like this; I was excited just to go to the airport. 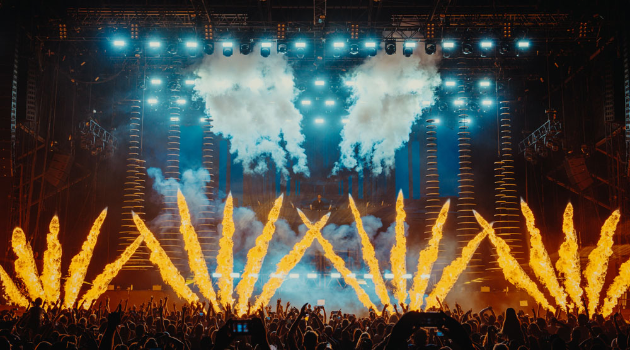 Do you have a photography-related confession?

I did my work experience week in year 10 at school with a family photography studio – I ended up working there for a few years; it’s the only real job I’ve ever had. I learned a lot of stuff, including Photoshop and retouching, but their main photographer told me I’d never make a career out of photography because I didn’t have the eye for it.

Never take no for an answer. When I was trying to build my portfolio, I’d ask bands if I could photograph them and they’d say no, so then I’d try all the other routes I could think of to get in – the venue, the support act – then send the headliners my pictures. The other thing is that in this business people can get very arrogant and big-headed, and they’ll put themselves first ahead of the fans, which is really not a good idea – never jeopardise a fan’s experience of the show. 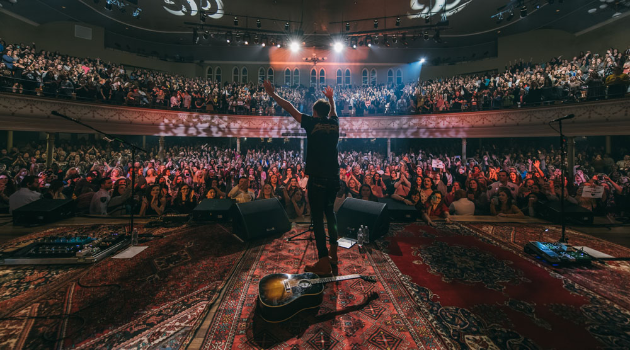