​A trip to Alaska with his uncle became a life defining moment for Andy Parkinson.

Pursuit of his passion, hard work and resilience have kept him humble despite multiple global awards and regular contributions to National Geographic.

How are you feeling about becoming a Nikon Ambassador?

It’s a massive honour. I’ve been a professional photographer for 20 years and it’s one of those great achievements that stand alongside winning major international awards and once-in-a-lifetime assignments. I’ve been shooting with Nikon for my entire photographic career and so it’s not an exaggeration when I say that it’s a dream come true. 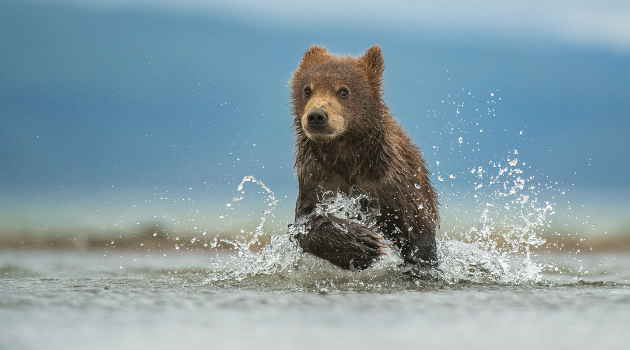 What inspired you to become a photographer?

My passion for photography and nature began in the family. I grew up in the wilds of mid-Wales and was inspired photographically by my uncle Rick Packwood who shot with Nikon. It was actually whilst I was travelling with him to photograph grizzly bears in Alaska, whilst we were sat around a campsite in Denali National Park, where I had an epiphany… I realised that wildlife photography was the perfect career choice for me, combining as it does my passions for travel, wildlife and photography. I knew that after university, I wanted to spend my life pursuing a vocation that I would be passionate about but I just didn’t know what that was…yet! It was my uncle Rick Packwood who instilled me with the confidence and the belief to pursue wildlife photography, and it was around that campfire that he said ‘you can do it’. It was the most beautiful moment of my life because in that moment, I knew that even if I didn’t achieve what I would like to achieve,I would be happy to spend the rest of my life trying.

When I returned from Alaska, my now-wife, Claire said she would back me all the way and soon after returning from Alaska, and for my 28th birthday, Claire and my family chipped in together to buy me a Nikon F90x and a 70-300mm lens. That was just the beginning.

What was the first shoot you worked on?

I would carry my camera with me everywhere, even when I cycled to work because I always went through a park and thought that I might see a squirrel! Leaving work early one Friday afternoon it was on my cycle home that I passed a stolen car, cordoned off by the police, being pulled out of the River Taff. I still had my very first roll of slide film in the camera so I told the Police that I was a Press Photographer (I wasn’t) and took some photographs. A friend of mine worked at the local newspaper and so, through him, I sold those very first images. A few weeks later a Press Photographer job came up and I was invited to apply. I got the job!

So, how did you work your way into wildlife photography from there?

It was just before my 30 birthday and I was 18 months into my role as a press photographer. I was also exhausted, trying to fit in wildlife photography on mornings, evenings and weekends or whenever I had spare moment. I began to look toward wildlife photographers who inspired me – Mark Hamblin, Laurie Campbell and Niall Benvie. These guys were working around the clock, all day every day and I knew that to pursue my true passion in wildlife photography, and to have any chance of competing with them, I would need to do the same. I quit my job as a press photographer, we moved to Derbyshire and again it was Claire who was so instrumental in helping and supporting me. It was Claire who got the full-time job to make sure that the bills/mortgage was paid whilst I did various commercial jobs/weddings to free up more of my time for wildlife photography. It’s a simple fact that I would have had zero chance of getting to where I am now without the inspiration of my uncle, the love and respect for nature that was so instilled by in me by my mum and my gran, and without the astonishing emotional and financial support of my wife Claire for the last 20 years. Those people are why I am where I am, the rest they say is history. 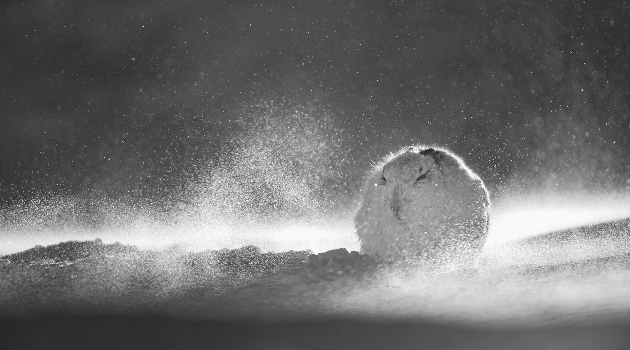 You’ve since built a portfolio of award-winning imagery and have even photographed a photo-story for National Geographic. How do you manage to get the winning shots?

Research, endeavour, working locally, investment of massive amounts of time…and of course luck! My career has been built on moments of incredible good fortune, too many to recount but every one appreciated. I don’t know why I’ve been so lucky but I have worked exceptionally hard and the longer that I am in the field the luckier I seem to get. This is very much the same with wildlife photography itself and something I often document alongside my photos (if you follow me on Instagram, you’ll be very aware of this!). In every single image I have ever taken, I routinely emphasise the importance of luck because wildlife is so unpredictable… and like many photographers, you have to take tons of photos before you get the winning shot. It takes patience, hard work and a lot of passion. 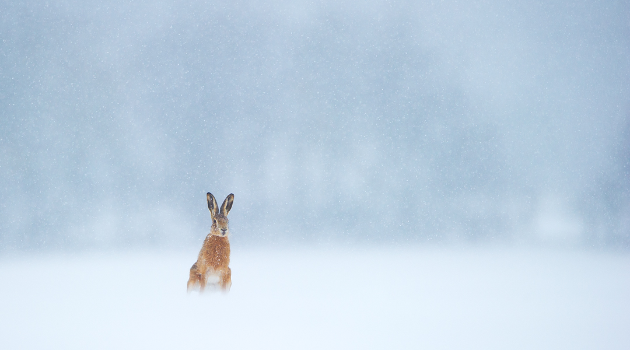 And how did the relationship with National Geographic come about?

At the time, I had already shot about nine photo features for BBC Wildlife Magazine and had become a regular contributor. It was 2009 and I had embarked on a trip to Great Saltee Island in southern Ireland with my uncle. We were camping on the island for 10 days, largely to photograph gannets and I took an image of one coming into land. In doing so, it started attacking another gannet, an interloper that was occupying its nest site. This was the genesis image, an image that remains a favourite to this day because I knew it was different, unique and special. It ended up in a portfolio of 12 gannet images that saw me win the overall title in the Nature Images Awards and named Nature Photojournalist of the Year 2012.

Later that same summer, my first year where I’d stopped photographing weddings to concentrate full-time on wildlife photography, I travelled to the Shetland Islands where I added countless more gannet images to my portfolio, images that I was really pleased with. I looked at my whole body of work on them and thought, this is the best work I have ever produced and so for once, I’ll bypass BBC Wildlife magazine and go straight to National Geographic magazine. Digging in to an old copy of National Geographic I found the natural History Editor Kathy Moran’s contact details, sent over some photos on a CD and within a week, she had come straight back to me. She said she loved them but the story wasn’t quite finished and asked me to complete it. I spent the next two summers in the Shetlands living in a tent on the northern most tip of the islands! That took two summers to complete and it was published in August 2012.

I suppose initially because it was the brand that my uncle, my inspiration, had chosen so it seemed like the obvious choice and he had only positive things to say about the brand. I started off with the Nikon F90x and when I got my job on the newspaper their whole team used Nikon as well so it was really fortunate. I then moved to the F5 and now, several Nikon camera models later I’ve ended up with the D6 on order. I’ve stayed loyal to Nikon for many reasons. Primarily it is because of how comfortable they are, how intuitive and how the camera feels like an extension of my arm. It just fits! It’s also because of how robust and rugged the equipment is because I routinely use my equipment in the most extreme conditions and environments. I’ve also never had a single piece of Nikon equipment fail on me which, given where I’ve worked, and what

I’ve asked of my equipment, testament enough. Having equipment that can withstand tough weather conditions is crucial for my job. Trusting my equipment is the single most important factor for me. If I’m embarking on a challenging shoot and need to travel with a lightweight kit bag with just the one camera and lens, I need to be sure that I have faith in my equipment.

I also love the speed, feel and intuitiveness of Nikon cameras… the feel, design and the interface always remains the same, and I know that when I move on to the D6, I’ll have the same camera but with improvements in performance – it will allow me to transition very smoothly. 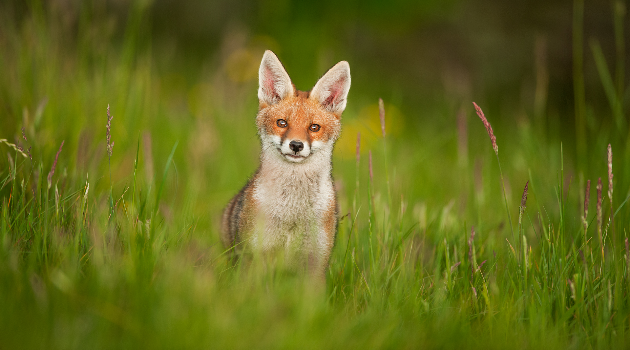 What is your favourite part of the job?

Definitely being out in the field. It’s about finding that rare and unique moment where you look through the camera and you know immediately that something special is happening. You get such a rush of adrenaline and obviously its then nice to be able to share those precious moments, those captures with loved ones. That way they can see what I saw.

There’s also something about just being out in nature, amongst the other 8.7 million species on this planet. I find that it really grounds and keeps you humble, watching the lives of animals and birds unfold the similarities between us and them are so apparent, so obvious. This was I see us humans for what we are, not as superior or divinely created but simply one of many. We are them and they are us and all of our individual lives should be respected and protected. 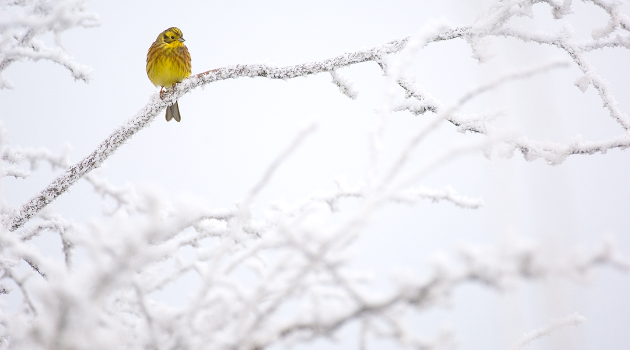 Any challenges or dislikes?

Sitting in front of a computer in a dark office on a hot day and not being in the thick of nature!

What are your top tips for aspiring wildlife photographers?

Be honest with yourself and don’t fall in love with the idea of wildlife photography. It’s not all riding around on elephants in India photographing tigers. It’s about lying in a wet field at 3 o’clock in the morning trying to photograph a brown hare. Once you’ve done that for twenty years, then you get to go and see the tigers and the polar bears.

Primarily though I would highly recommend starting off locally and that’s exactly how I built and how I maintain my career. By working locally you will be able to
build up an encyclopaedic knowledge of your local subjects, the prime times of the year when certain behaviours occur. You will also see and understand better the fall of light and its transition throughout the year. It makes more sense financially and environmentally and you’ll be more likely to produce a unique and credible body or work. There’s no point following the crowds, rushing to Scotland to photograph ospreys when you’re much more likely to capture an astonishing image of a mute swan on a local river. Working in exquisite light will produce exquisite images, not matter how familiar or mundane the species. You’ll also learn an astonishing amount about subtle refinement in your own photography, finding and eliminating flaws in your images will allow you to raise your own bar, move your photography onto the next level and make you better prepared when you do venture further from home.