When Helen Sloan was asked to submit her portfolio for the role of stills photographer on a new TV series being filmed in studios just five minutes from her Belfast home, she had had no idea how big a phenomenon it was set to become.

When Helen Sloan was asked to submit her portfolio for the role of stills photographer on a new TV series being filmed in studios just five minutes from her Belfast home, she had had no idea how big a phenomenon it was set to become. Seven years on, with filming for the sixth series of Game of Thrones about to start, we caught up with Helen in a rare break in her schedule to find out more about how she went from shooting circus acrobats and Icelandic landscapes to the blood, guts and high drama of HBO's most popular TV show ever – and how her Nikon kit handles this most unusual of work environments with aplomb.

We’ve got to ask – what’s the reaction when people realise you’ve worked on every single episode of Game of Thrones? 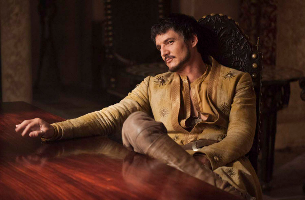 Usually they'll say, oh my god, that's my dream job, and then they'll ask me who's going to die next… It's not like any other job I've ever done. When I started on Thrones I used to keep tear sheets and clippings from newspapers of my work, but I couldn't keep up. It's incredible to work on such a popular show and from the beginning, too – it's such a thrill, and I never take it for granted. It's beyond anything I ever imagined. I love what HBO are doing with it, and the crew and cast are the best.

Did you know much about it before you started?

I'd heard of Game of Thrones but I'd never read the books, and I decided not to read them when I got the job, either. I just read the script for each season, because I don't want to get 'out of the moment' – if I know someone's going to turn into a bad guy two seasons on, that might affect how I shoot them now, so I try not to find out. 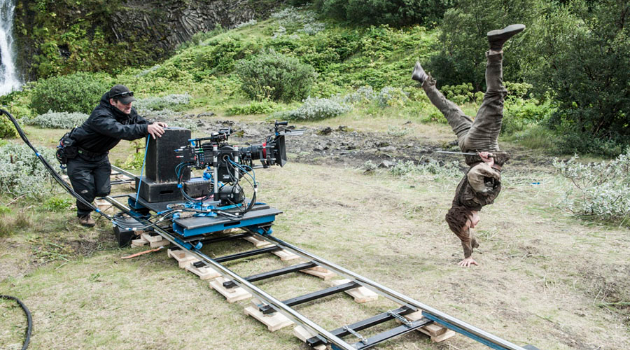 What were the best and most challenging shoots of the last series? 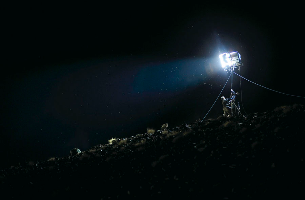 Well, now it's been screened, I can tell you – the Battle of Hardhome. It was quite possibly the most difficult episode we've ever shot. It was physically demanding for crew and cast, and mentally demanding for the production team. But at the end we all knew we'd made something amazing.

How did you get into photography?

I always enjoyed taking pictures. When I was 11, my dad lent me his camera to take on a school trip to York. He developed the film and thought my shots were pretty good, so being the encouraging dad that he was, he said I could use his camera again. I practised a lot and eventually he bought me my own camera, a Nikon F3, and asked his friend from the local newspaper to let me come and get some work experience in the darkroom. Once I got started, I never wanted to do anything except photography. 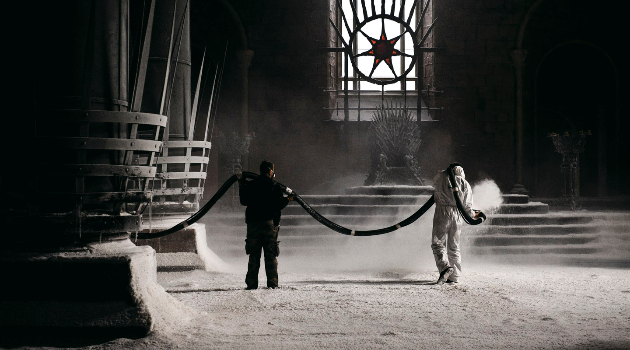 And what about your move into film stills – how did that come about? 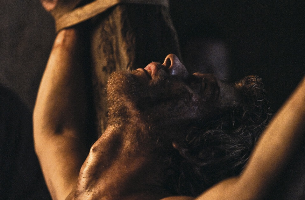 After school I started a degree in Applied Art and Art History at Goldsmiths in London, but soon realised it wasn't for me, so I left to do Fine and Applied Art at Belfast College of Art, which I loved. After my degree I started to shoot landscapes in Iceland for a wall-art company. I loved the place, but the job wasn't really working out for me – it felt too commercial – so I came back to Belfast to photograph circus performers at the Belfast Community Circus School, and all over the world.

That wasn't dissimilar to the film world, working with nomadic, creative people, and what I learned there meant my eventual transition to film wasn't too difficult. It's all about understanding the acts and not getting in the way either of the performers or the audience. I got to see the hard work involved, and how emotionally draining it can be for performers, and actors likewise, which helps you learn how to pick your shooting moments.

Then a friend asked me to do some shots for a short film, and thought they were great. From there a film producer saw one of my circus shots and asked me to do a shoot for them, and that's when I realised that working on film was what I wanted to do. It's the strangest feeling – although it's very hard work, it doesn't feel like a job, it's just what I do.

In 2008, after working on projects from war to sci-fi to horror to fantasy, I was asked to submit my portfolio for a new series, Game of Thrones, and they saw something in my images that matched their vision for the show, so I was there from day one. There was no Game of Thrones 'style' when I started; we've all developed the style and the look between ourselves.

What does your job on set involve?

There's no typical day 'in the office' – one morning we're setting fire to people, the next we're in a cosy studio, and then we could be in a boat on a choppy lake trying not to tip into the water. Usually I drive to work for the 8am call time, then get my gear into my trolley – it's a dog trolley I've had modified so I don't destroy my shoulders carting so much equipment on my back. I'll go onto the set, watch the rehearsals, and the day doesn't really stop. There's so much to shoot – locations, portraits of the actors for posters, atmosphere, behind the scenes – it's 360° of possibility all the time, and it's my job to shoot it all, so no pressure there!

When I've finished, I go back to the truck I share with the visual effects guys. I triple-back-up my cards, start to sift out the shots with eyes closed, and meta-tag for cast, locations, scenes, episodes, key props. Then I do my own colour grading and retouching. I can shoot up to 1000 images a day, although some days it's too dark to go behind the scenes, so I'll max out at a low number of usable photos. I've now got over half a million shots from Thrones. I keep meaning to sort them out and do a website, but I never seem to have enough time. And how would I choose?! 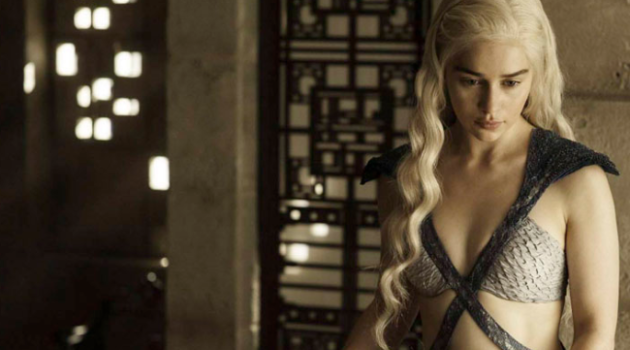 Do you have any restrictions you have to work around? 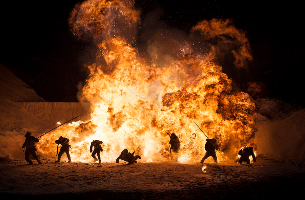 I'm always respectful; if I feel someone doesn't want to be photographed or if everyone is exhausted, I'll hang back– but there are no divas on set, they're all amazing to work with. Also, everyone's so used to me and, as you have to be a bit ninja in this job, they don't really notice me anymore. The only real restriction is the size of the sets – some are so tiny, that with two cameras on a dolly with the operator, focus puller, grip, sound guys and so on, there's literally nowhere for me to be… I'm good at negotiating a particular shot, squeezing myself into a corner, then quickly getting out of the way. But otherwise they just let me have free rein. We're all hired on the strength of our work, so if we were then restricted they wouldn't get the product they wanted. I don't have to go outside my comfort zone – they trust me to do my thing.

How much travel does it involve?

Most of the filming takes place around Northern Ireland and in the studio – it's transformed a windy bit of land in Belfast into a film hub, which is quite amazing. But since the beginning we've used a lot of different locations; even within Ireland we're not ever in the same place for more than a couple of days. And the travel isn't to anywhere you wouldn't want to go – Spain, Croatia, Morocco, Iceland, Malta… 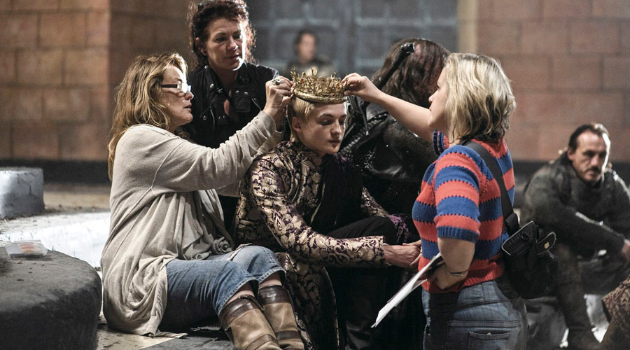 What do you do when you’re not shooting Game of Thrones? 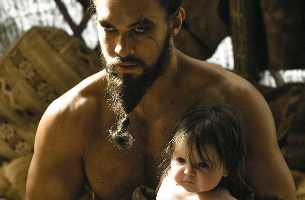 I shoot other TV series or movies, including season two of The Fall, and more recently The Frankenstein Chronicles with Sean Bean, which is coming out in the autumn. I also hang out with my partner and my daughter, who's four. She was actually in Thrones as a baby – she was born with long, black hair and pale, translucent skin, and for one story line the producer wanted a baby with long, black hair and pale, translucent skin… initially I thought no, but eventually I had to give in – it will be fun to break out that DVD on her 18th birthday! I start work on series six of Game of Thrones in July.

Have you always used Nikons?

Yes. My first camera was the Nikon F3 my dad bought me. He had a Nikon and thought they were the best. I started off with some terrible non-Nikon lens on it, and had to wait for a long time until I could afford my first decent NIKKOR – it was the 50mm f/4, which someone had told me I should get for portraiture. 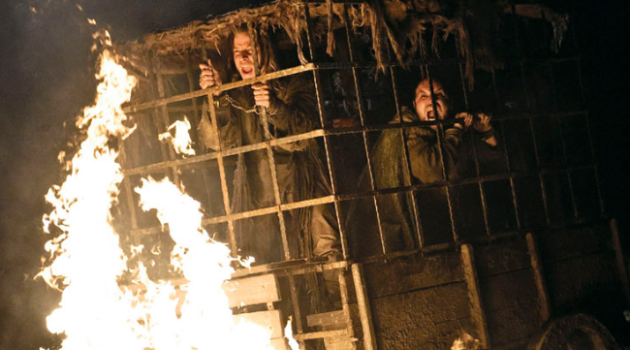 How does your Nikon gear make a difference? 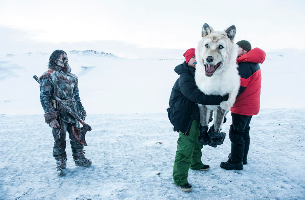 For a start, there's the high ISO. Some scenes are lit just with a candle, and I have to be able to handle that without disturbing the crew and cast, but there's never been a time that I've got unusable pictures with my Nikons. My cameras are just so reliable – they travel a lot and get bashed around, but I've never had a problem with them. The ergonomics suit me down to the ground. Other systems feel too plastic; Nikons feel sturdy, they're well designed, they look good. I don't have to worry about my cameras; they're my tools and I know them and they work for me, they're an extension of me.

Which particular techniques do you prefer? 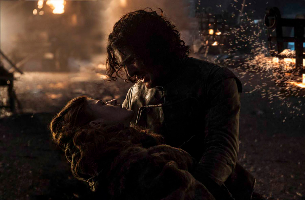 I always shoot in manual. My style is quite different from a lot of other stills photographers. I like the frame to be busy, and to almost underexpose. I'll have the ISO up pretty high usually – it suits my work.

I never use flash unless I'm in the studio – there wouldn't be a reason for me to use flash on set – and I always hand-hold. Some photographers use monopods, but I find they get in the way. You can be a bit more guerrilla with the blimp, although using it is like trying to do crochet with gardening gloves, but it's a necessary evil.

What’s the best advice you’ve been given – and what advice would you give to others?

The best piece of advice I've ever had is 'don't worry about it', and I've been given it quite a few times! My own advice would be to keep learning, keep looking, keep trying, and don't be offended when doors close – it's usually not personal, so just keep knocking on other doors.

For photography in general, don't obsess about being perfect. If you get an amazing shot and a little bit is blurry, don't freak out. It can still be an amazing shot. In the days of film, I'd probably reject nine out of every ten shots developed. There wasn't the option to print every shot in the darkroom – it was expensive. There are so many photographers now and everything is expected to be super-processed, hyper-sharp and perfect, so the way your work is going to stand out is if you're totally true to your art and you capture the emotion. 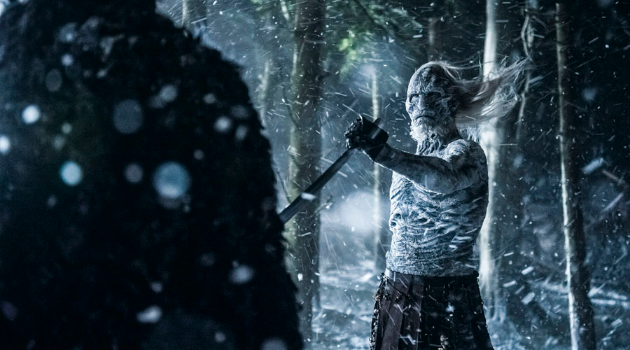 For more information visit
What's in your kitbag?